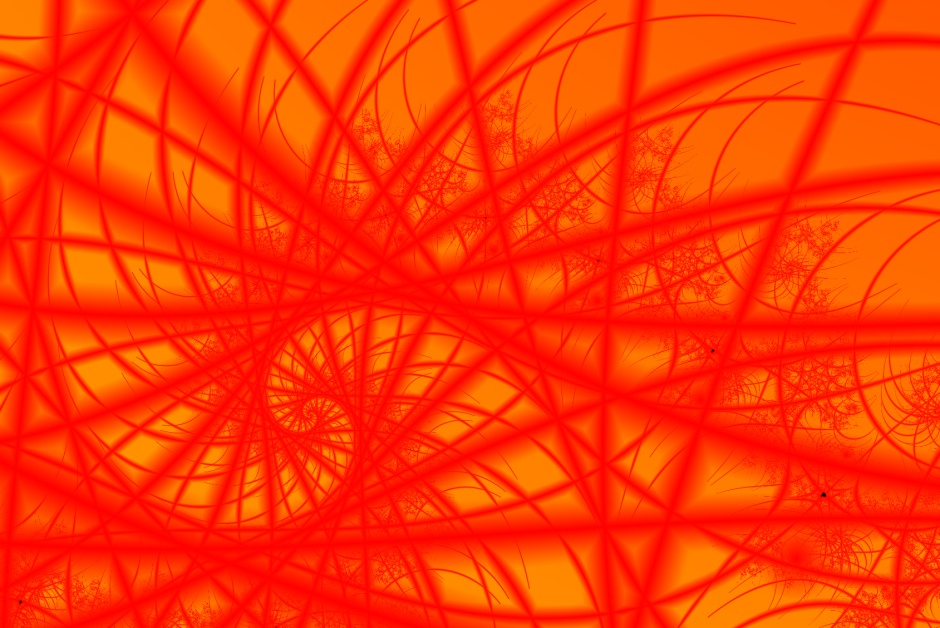 Today I added a couple of features to Marzipan, my fractal generator, so I’m going to show a few images of what I worked on 🙂

First, I refactored the orbit trap coloring to be able to expand it with other types of orbit traps; then I added the implementation for line orbit traps. Turns out, adding random line and point orbit traps is pretty fun, and can yield pretty results!

The other thing that I did was to add “multi-color palettes”: instead of giving a “beginning color” and an “end-color”, I can now pass a set of colors that will get used over the value interval. Which means, I can get much more colorful (and hence incredibly more eye-hurting) images!

And, well, I can also combine these two approaches to get NEON RAINBOWS!

Finally, I also played a bit with the ratios of the image that I generate – the goal is to not distort the general shape of the bulbs when zooming in the image. This is still pretty unsatisfactory, I need to make that work better (and to understand exactly how the size of the Qt window interacts with my window manager, because I’m probably making my life more complicated than it strictly needs to be there).

I had a lot of fun today implementing all of that, and then losing myself into finding fun colorings and fun trap orbits and all that kind of things. Now, the issue is that if I have more colors, I have more leeway to generate REALLY UGLY IMAGES, and I may need to develop a bit of taste if I want to continue doing pretty stuff 😉

Now what crossed my mind today: